For years, I was of the mindset that red dot optics were for rifles. Setting a dot on a 100-yard target and watching the precise impact was special. There are several applications that red dots on long guns made perfect sense, but a red dot on a handgun seemed like amateur night to me.

I was raised shooting with three-dot handgun sights. I never felt like I needed to “cheat” when handgun shooting. Also, the idea of paying an additional $200 to $500 for a quality red dot seemed outrageous. Isn’t the additional cost of ammo, holsters and night sights enough?

This all changed as my aging eyes could no longer clearly focus on the three dots. At that point, I began to rethink my red dot philosophy. I shot my friend’s pistol with a sighted-in Trijicon RMR and my world was rocked. I received that same feeling I had when rifle shooting. My eyes were “literally” opened to red dots on handguns.

So what brought me to this epiphany? Let’s take a look at the advantages that red dot optics on handguns offer shooters.

A red dot allows the shooter to focus on one clear and bright red dot opposed to three smaller white dots. Coupled with a larger glass window, the bright red is easier for the eyes to acquire. Simply point, acquire the dot and shoot. This explains why so many competitive shooters use red dots.

We have learned to trust the dot with rifle shooting, however with handguns it’s a bit different. Depending on the handgun angle, the red dot may appear off to the side of the window. Conventionally, a handgun’s three-dot sight alignment is essential to accuracy. With a red dot sighted, and with practice, the location of just the one dot should equal impact. It may go against everything we have learned, but it works.

Most red dot optics for handguns are auto-dimming. The dot intensity is typically brighter in daylight and dimmer in low light. Acquiring the red dot in low light conditions is even quicker and easier than night sights. The red dot clearly stands out with a crisp sight picture, allowing the shooter to fire with confidence.

It is seldom ideal to fire a pistol when moving, however a red dot aides in the process. The large glass window and bright red dot is easier to pick up opposed to aligning three dots. Once again, we are back to the point that one dot is easier than three.

The Springfield Armory Hellcat OSP and the XD-S Mod.2 OSP offer the availability of both the red dot and iron sights. If by chance the red dot dies out, the iron sights like the Hellcat’s U-Dots have a clear sight picture at the target. It is wise to plan for mechanical failures with electronics, no matter how unlikely. The Hellcat and XD-S is like having two sets of sights for the price of one.

I personally got to try out both of these pistols and came away really impressed. The Hellcat was an OSP version FDE topped off with a Shield SMSc red dot, and the second was the XD-S Mod.2 OSP topped with the optional Crimson Trace CTS-1500 red dot.

My old and weary eyes brought me to red dots on pistols in the first place. The fact is, I cannot see as well as I once could. The use of a red dot on a pistol turns my sight deficiencies to a strength. I now feel more confident with a red dot. Honestly, the use of a red dot feels like cheating — but I will take it.

If you haven’t shot with a red dot optic on a pistol, I encourage you to try it. You may have a change of heart just like I experienced. I’m happy I did! 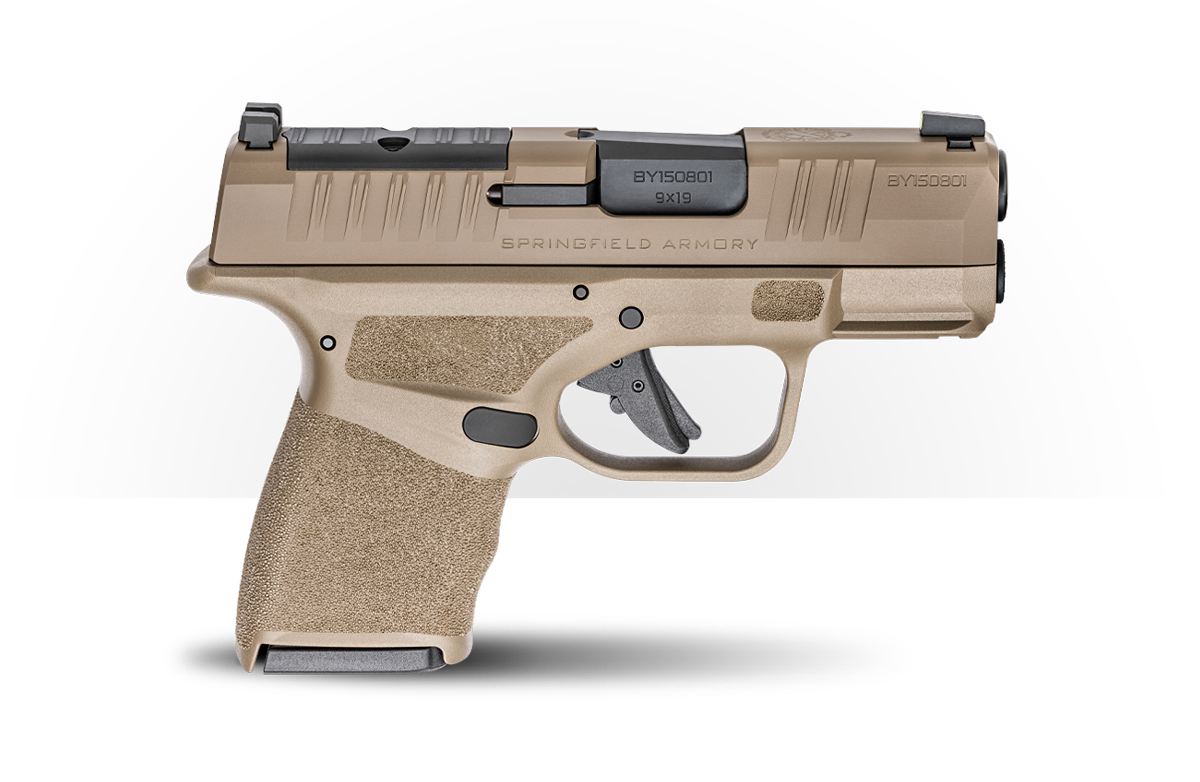 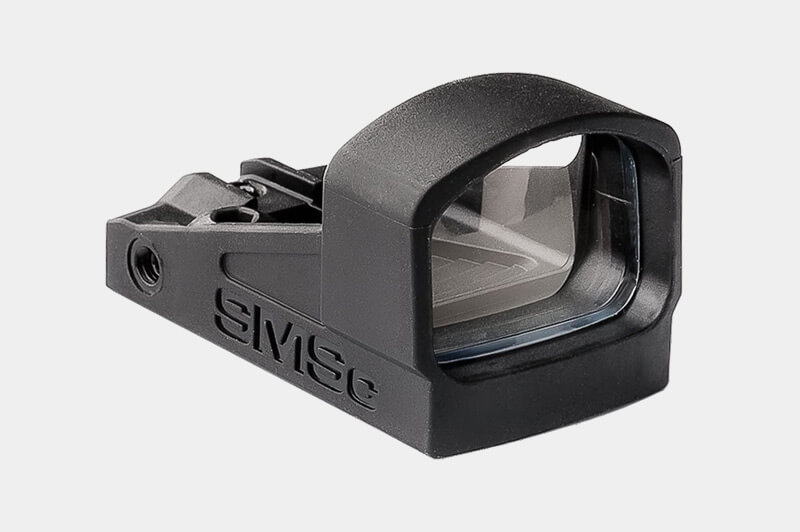 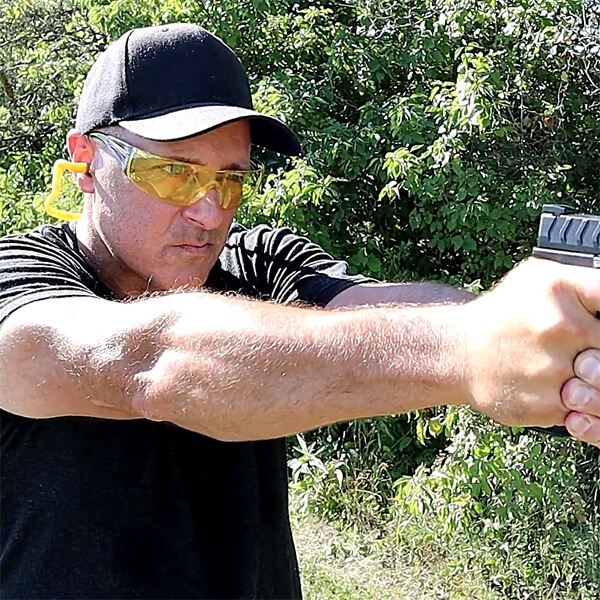